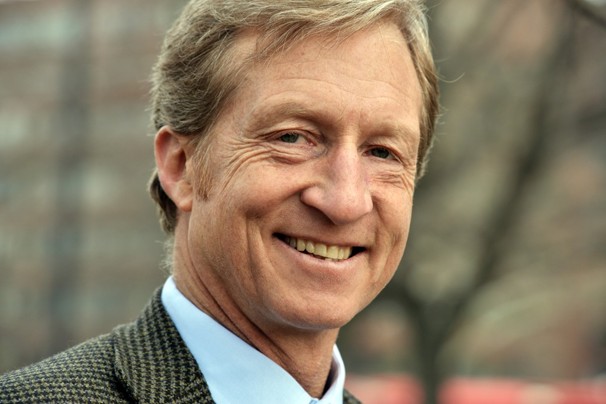 Billionaire Activist Tom Steyer Fights Back in the Name of Earth

As 2017 begins, we are facing a new Presidential administration that dangerously doesn’t believe in climate change. Trump’s anti-climate agenda could effectively undo much of the environmental progress that the Obama administration has accomplished in the past eight years.

In order to survive these upcoming years of turning the clock back on environmental progress, we must as corporations, nonprofit organizations, and citizens, create our own green initiatives. We must fight back in the name of Earth.

One citizen, Tom Steyer, billionaire activist and former hedge fund manager, is quickly becoming a hero in fighting back. Tom, who founded NextGen Climate, a super-PAC aimed at tackling threats to the environment, has vowed to “engage voters and citizens to fight” the Trump administration’s agenda to pull out of the Paris Agreement and any other dangers that could harm the environment.

“Every single one of these things, whether it was getting rid of Paris or cutting back the EPA, we think are extremely dangerous to the security of every American,” Steyer said. “We think it is based on willful ignorance of the facts and flies in the face of the realities facing the world.”

Currently Steyer is working on a strategy to get people thinking about climate change. His group focuses mostly on field work like extensive personal voter contacts, digital initiatives, and events like comedy shows and concerts.

As part of .Earth’s new campaign called “Fight Back in the Name of Earth,” we want to encourage Tom Steyer and Next Gen Climate to obtain an .Earth domain name to broaden its voice and further its branding to reach the right people in helping to save our planet.

Registering for a .Earth domain unites us as a common movement. Together, we share our concern for the planet and its future. We value a clean, safe environment under a sustainable economy.

We hope everyone joins the effort to “fight back in the name of Earth” in 2017! Click here to secure your own .Earth domain.