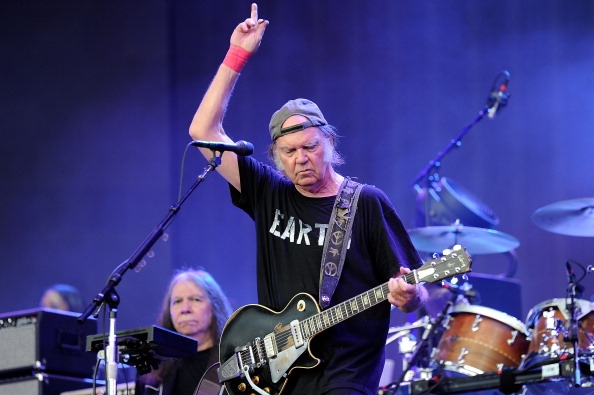 Calling on Neil Young to Secure a .Earth Domain

Neil Young’s new live album EARTH features a career spanning catalogue of his most environmentally conscious songs. Young, a huge advocate for environmental stewardship, chose songs he performed with backing band Promise of the Real during their 2015 tour.

To add a deeper connection with the Earth, Young himself recorded sounds from nature and added them to the 98 minute, uninterrupted album. As he stated in an April 28th Rolling Stone interview, “Our animal kingdom is well represented in the audience… the animals, insects, birds, and mammals actually take over the performances of the songs at times.”

With climate change posing a real threat to human life, Young understands the need to recognize the beauty of nature while providing a cautionary tale about Earth’s survival. We all share this planet and need to view its majesty and understand that we can take action now to make it safe for future generations.

In a July 5th Rolling Stone interview, Young stressed a dire warning about the Earth; “I arrived in L.A. and joined Buffalo Springfield in 1966,” Young continues. “Since then, we’ve lost 90 percent of the fish we eat from the ocean. There’s only 10 percent of them left, and there’s three times as many of us.” He shakes his head. “It’s math.”

Raising awareness and taking action require a unified message carried out to the masses by a passionate audience. Young has long been unapologetically outspoken about his love of Mother Earth. He could even go one step further to unify his passion.

For Young and stewards of the Earth, securing a .earth domain would be a perfect marriage. The .earth domain showcases their love of the planet while putting a recognizable stamp on the brand, vision or project.

To learn more about Neil Young’s EARTH, visit his website.

Establish your own voice about all things Earth and visit us at Voices.earth. Please visit one of these registrars to secure your very own .earth domain.