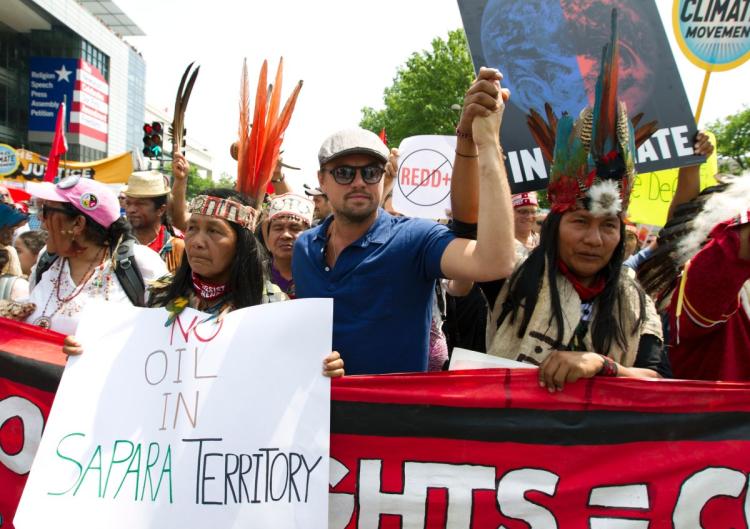 On the heels of the worldwide “March for Science” rallies on Earth Day 2017, the theme of environmental protests continued with last weekend’s People’s Climate March.

Tens of thousands of people swelled the streets of Washington, D.C. in an ongoing push to resist 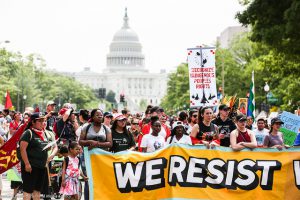 President Trump’s environmental agenda. In record-breaking heat of 91 degrees, an ironic climate twist, the march began at the U.S. Capital building before making its way to and eventually surrounding the White House.

On Trump’s 100th day in office, the New York Times reported crowds chanting,“Resistance is here to stay, welcome to your 100th day.” 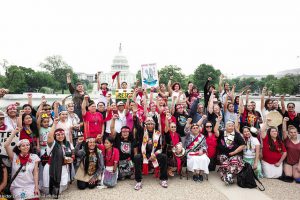 NPR reported from the ground on Saturday, where they interviewed Washington, D.C. climate marcher Emily Verna, who stated, “The [Earth’s] issues are all related. It’s community standing up for each other and standing together. For me, it’s a nice way to recharge and just remember that there is this coalition that’s big, and we’re going to move forward together and that there’s a lot of us in the fight.”

Voices.Earth is encouraged by the continued grassroots fight for Earth, and action on climate change. The enormous crowds that have been standing up for science, climate and Earth awareness have been tremendous. Let’s keep our voices raised and continue to push for what is right in the world.

Through May 31st, our registrar partners are offering special pricing for one-year registrations of standard .Earth domain names starting at $8.90 USD. Click here to take advantage of this special offer. Take action now! 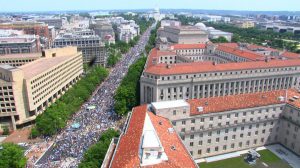 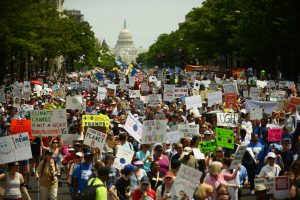