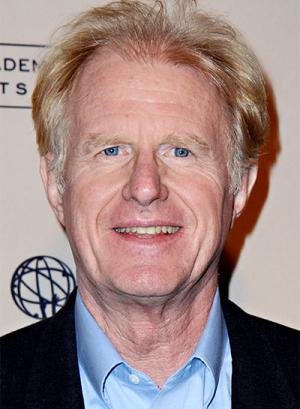 Shining a Light on a Hero Environmentalist and Actor Ed Begley, Jr.

Ed Begley Jr., a respected and prominent figure in the green movement, is considered one of the first activists to put the idea of environmentalism on the map with the mass public. He was “green” before it was cool to be green.

Known for turning up at Hollywood events on his bicycle, Ed has been helping the Earth for almost 50 years. Well before the knowledge of climate change went mainstream, or even recycling became a household word, Ed was pounding the pavement letting the world know that we need to take the health of our planet very seriously.

His passion to help the environment was ignited at the first Earth Day in 1970 where he heard how the air and water pollution that surrounded southern California was a toxic mess. He himself had personally experienced the effects of L.A.’s smog pollution as a young boy back in the ’50s and ’60s, when at the time, stifling LA smog seared his lungs on a daily basis. Clearly, Earth Day struck a chord with Ed.

From there, he began a lifelong pursuit to help the planet. Today his environmental activism has earned him almost as much attention as his acting, which has included roles on “St. Elsewhere” and HBO’s “Six Feet Under.”

He also lives by example. As seen a few years ago on his eco-themed reality series “Living With Ed” on HGTV, which also starred his wife, Rachelle Carson-Begley lifestyle, the two live a very eco-conscious lifestyle. Today the family even lives in a new, net-zero solar powered home. Ed also created Begley’s Best Household Cleaner, a natural household cleaner line to help others take steps to heal our Earth.

Currently Ed and Rachelle star and produce in Begleyesque, a new living green podcast that focuses on views, practices, and opinions on living green. The show features Hollywood celebrities and green technology experts in conversation with the Begleys. The ultimate goal is saving the planet one person or household at a time.

Ed serves on the boards of Green Wish, the Coalition For Clean Air, The Thoreau Institute and the advisory board of the Union of Concerned Scientists and is active with many other organizations.

Ed has dedicated his life to changing how we look at the environment and it has paid off.

We would like to thank Ed for being one of the first voices when it comes to bettering our planet. For his unwavering commitment to the environment and his success in making this an issue all Americans can understand, Ed Begley Jr. is a reminder how all of us can best “fight back in the name of Earth.”

Registering a .Earth domain unites us as a common movement. Together, we share our concern for the planet and its future. We value a clean, safe environment under a sustainable economy.

Finally, be sure to raise your voice for the environment by entering the Voices.Earth sweepstakes to win your own customized .Earth domain name.