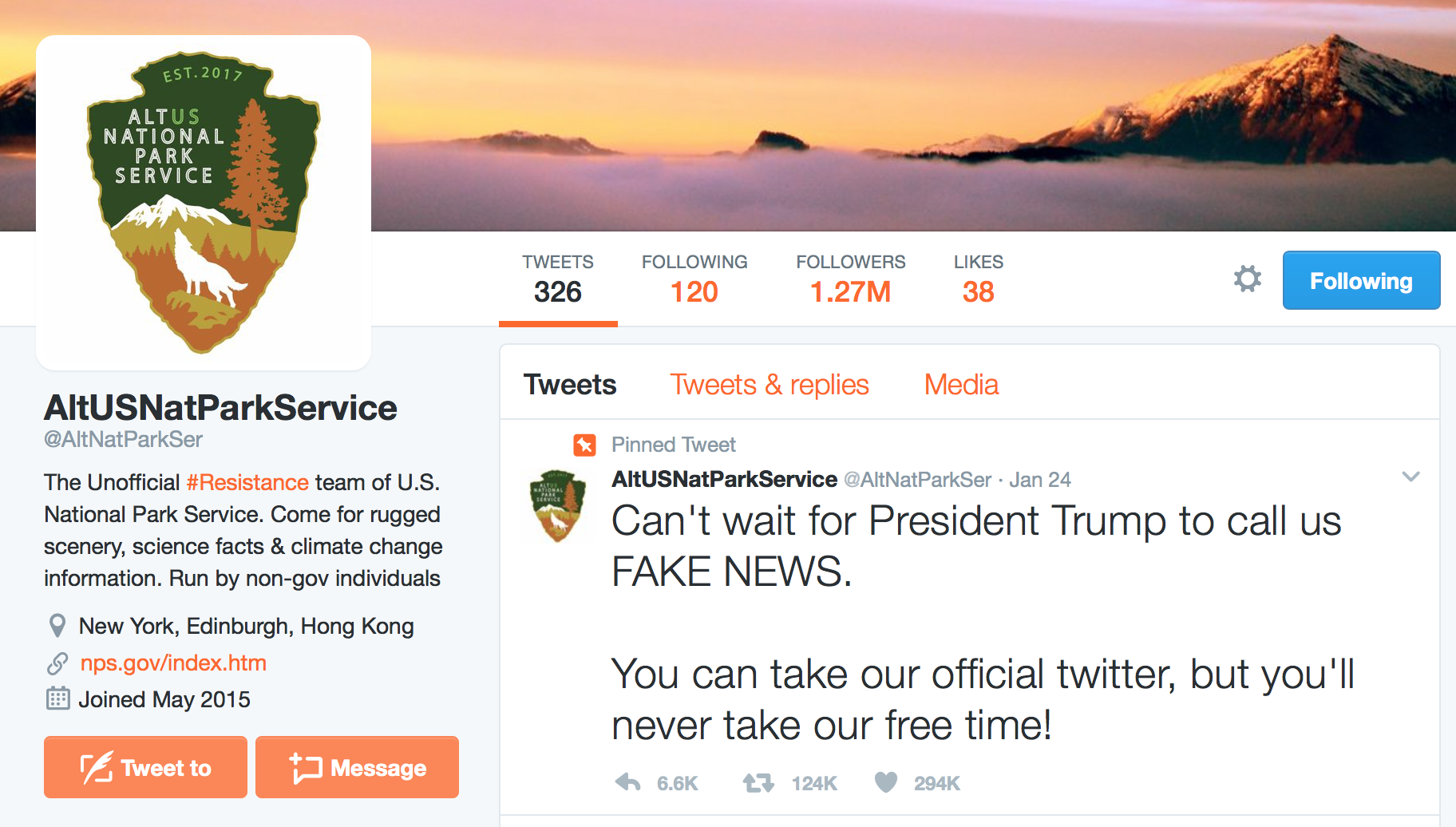 #Twistance: Time to Go Rogue with a .Earth Top-Level Domain

In just his first week on the job, newly elected President Trump has sent shock waves throughout the environmental and scientific communities.

From removing any climate change references from the White House website to bringing the Keystone XL and Dakota Access pipelines back to life to potentially slashing the EPA’s budget, President Trump is following through with all of his potentially catastrophic environmental campaign promises.

President Trump even went so far as to order at least four U.S. government agencies to stop all communications with the public, causing a wave of rogue Twitter activity.

As highlighted by this recent Reuters article, representing scientists at the Environmental Protection Agency, NASA and other bureaus, have launched new Twitter accounts that aim to protest these communications and social media restrictions.

Now this effort has become a full-fledged social media movement, bolstered by the new #Twistance hashtag. As of now, there are 14 rogue Twitter accounts that make up this list of online environmental super heroes.

As this movement begins to take hold, we are urging all #Twistance supporters to take things to the next level by securing their own .Earth top-level domain – especially when building out landing pages and other online properties.

Since public launch in November 2015, a wide-range of environmental organizations have been using the .Earth domain to support their missions. These include Plan B, Access.Earth, Catalog.Earth, Democracy Earth Foundation, and many more.

In an effort to “fight back in the name of Earth,” in the face of the Trump administration, we also urge #Twistance followers to enter our new sweepstakes to win a customized .Earth domain name.

The winner of the sweepstakes will be able to select a domain name similar to the many who have already embraced .Earth domains as a strategy for enhancing their overall missions, business models, and online branding. And, it’s incredibly easy to enter – click here to enter.

While the concept of such an anti-environmental Presidential administration can cause great fear, it is also heartening to see many people and organizations fighting back!

Let’s keep the #Twistance going all throughout Trump’s term in office!