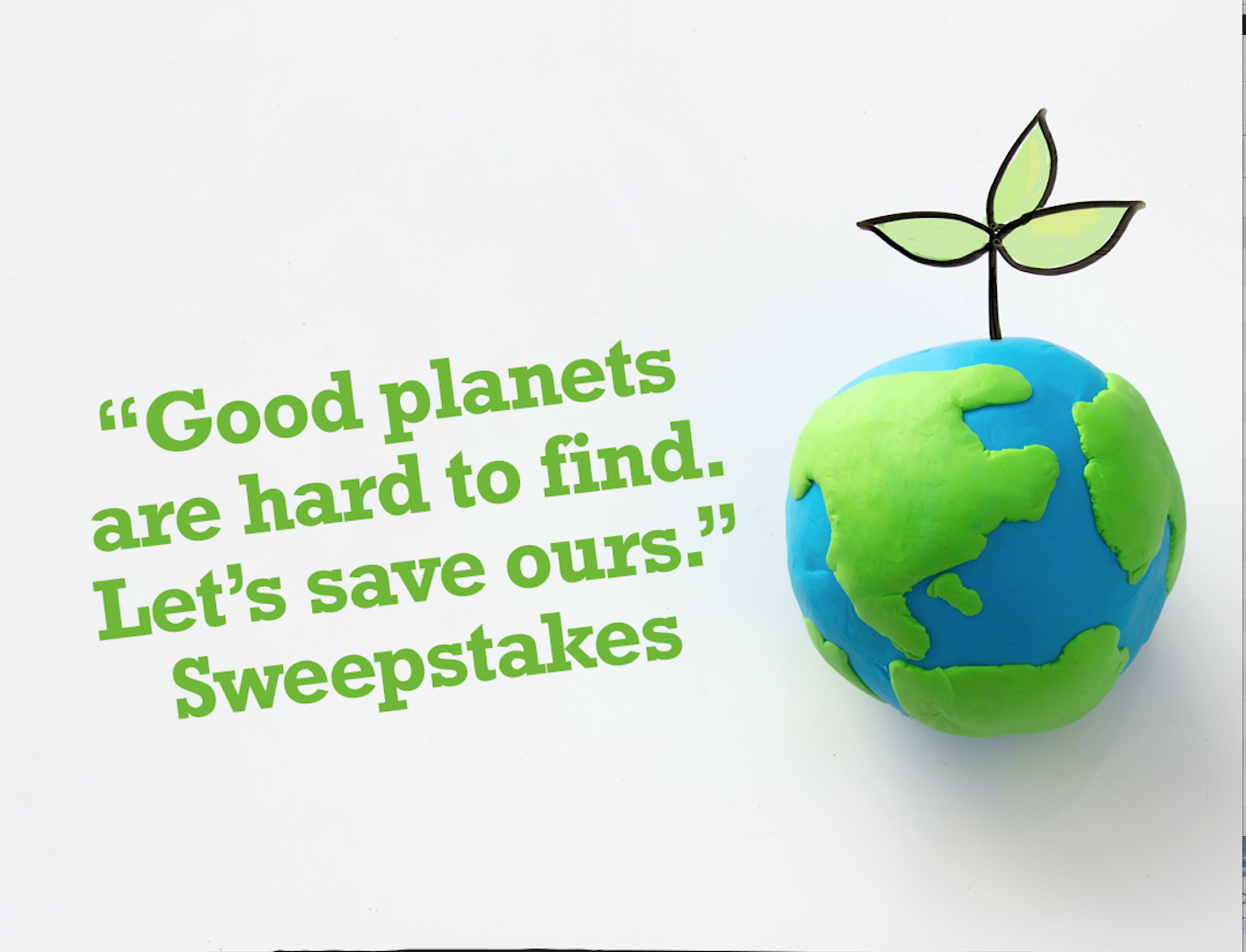 Raise Your Voice for the Environment by Entering Sweepstakes to Win A Custom .Earth Domain

As the Reality of a New Climate-Denying Presidential Administration Takes Hold, “Fight Back in the Name of Earth” with a .Earth Domain

To mark the U.S. Presidential Inauguration Day, Interlink Co., Ltd., the official operator of the .Earth domain registry, is launching a sweepstakes to win a custom .Earth top-level domain (TLD).

From threats to back out of the Paris Climate Agreement to the appointment of a staunch climate change denier to head the U.S. Environmental Protection Agency (EPA), President Trump is launching a platform that could accelerate catastrophic damage to our planet.

As Trump begins his term today, a .Earth domain – which is quickly becoming a platform for bringing awareness to global issues – can demonstrate a company or organization’s commitment to ensuring their continued stewardship of the environment.

“The .Earth domain is all about connecting and establishing cooperative relationships between individuals and organizations that wish to show their support for making Earth a better place,” said Jacob Williams, Interlink General Manager of Domain Services. “The contest aims to raise awareness of this mission and create a call-to-arms for environmental organizations to take a stand for Earth.”

The winner of the sweepstakes will be able select a domain name similar to the many who have already embraced .Earth domains as a strategy for enhancing their overall missions, business models, and online branding.

Since public launch in November 2015, a wide-range of environmental organizations have been using the .Earth domain to support their missions. These include Plan B, Access.Earth, Catalog.Earth, Democracy Earth Foundation, and many more.

If you are part of an organization with a mission to help the planet, “Fight back in the Name of Earth” by securing a .Earth domain during this tumultuous time in history now. Enter to win here today.

Interlink Co., Ltd. is a Tokyo-based technology company founded in 1994. Interlink runs a successful Internet service provider (ISP) business and offers a wide range of Internet-related services. The company has been developing the .Earth top-level domain (TLD) since 2011 and secured the rights to the TLD in 2014. Interlink executed a contract with ICANN, the governing authority of the global domain name system (DNS) in December 2014, allowing the company to operate the “.Earth” TLD. Learn more about .Earth at https://voices.earth.