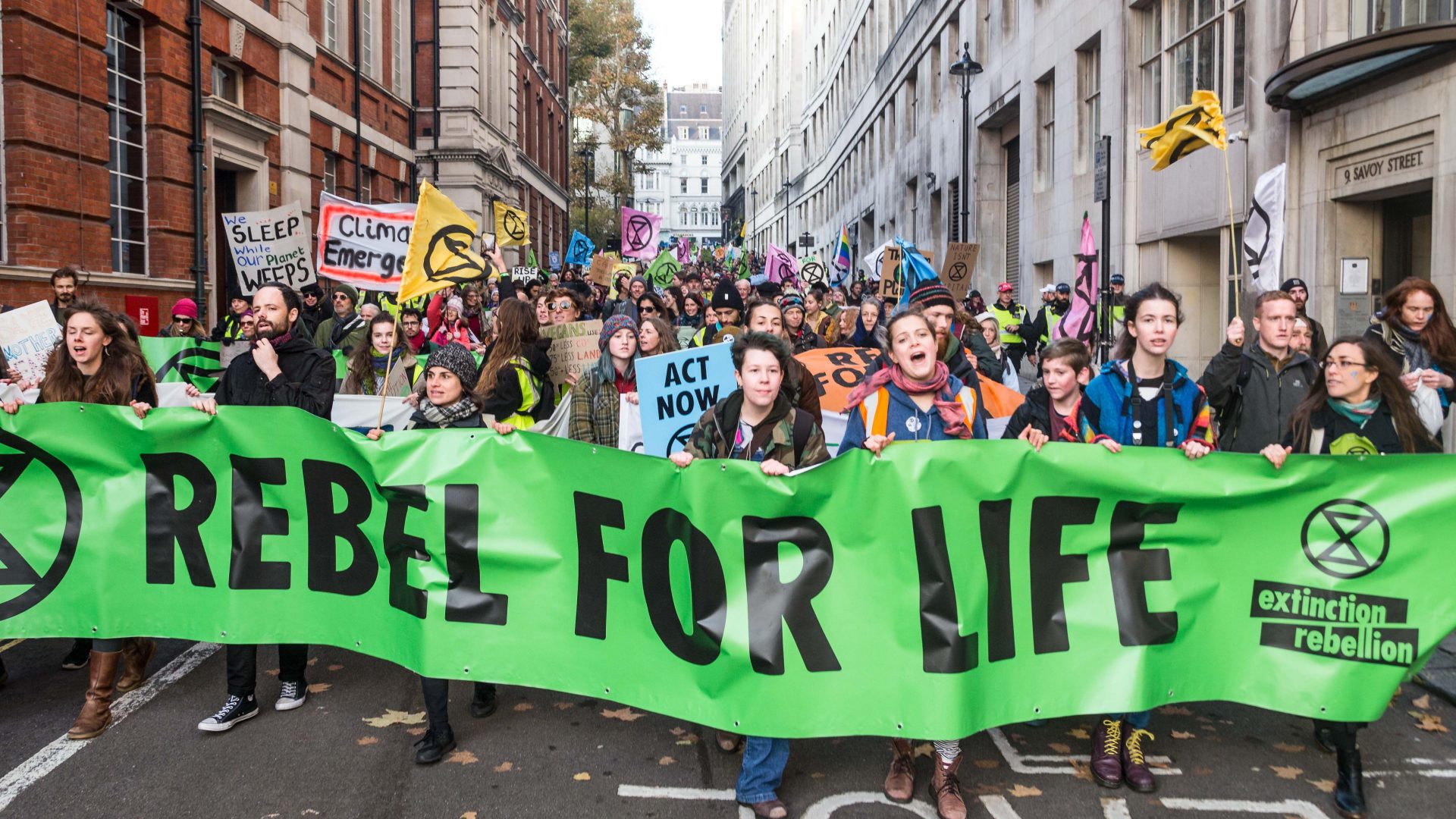 Most recently, the devastating impact of humans on nature was conveyed in a troubling UN report, which stated one million animal and plant species are now threatened with extinction, and humans will suffer as a result.

Stopping this escalating environmental crisis has become one of the biggest challenges our planet faces today. Fortunately though, people, especially our youth, are not standing idly by.

One organization holding politicians accountable for their actions is Extinction Rebellion (Rebellion.Earth), an international movement that uses non-violent civil disobedience to achieve radial change in order to minimize the risk of human extinction and ecological collapse.

The organization has been holding protests in and around this year’s Earth Day in London by occupying a number of major landmarks for almost a week. The day before Earth Day, 16-year old Swedish environmental activist Greta Thunberg, a Nobel Peace Prize nominee and leader of the School Strike for Climate, addressed thousands of protesters in London to continue their fight against the “existential crisis” brought about by climate change.

Last August, Thunberg stopped attending school in Stockholm to protest outside the Swedish Parliament in hopes of drawing political attention to climate change. Since then, children in a hundred countries around the world have taken up Thunberg’s tactic of going on strike from school.

Extinction Rebellion plans to continue its occupation of some London landmarks, with leaders calling for a new phase of the protests, in which they will vacate areas in exchange for the government taking action on climate change. The organization also played a key role in proposing a motion in UK parliament to call on the government to declare an environment and climate emergency.

Extinction Rebellion is a high-profile .Earth domain name user, and we applaud the organization for sparking the change we need to help save our planet.

Running through May 31, 2019, .Earth domain registration partners are offering special pricing for one-year registrations of standard .Earth domain names starting at under $10.00 USD. Click here to take advantage of this special offer.