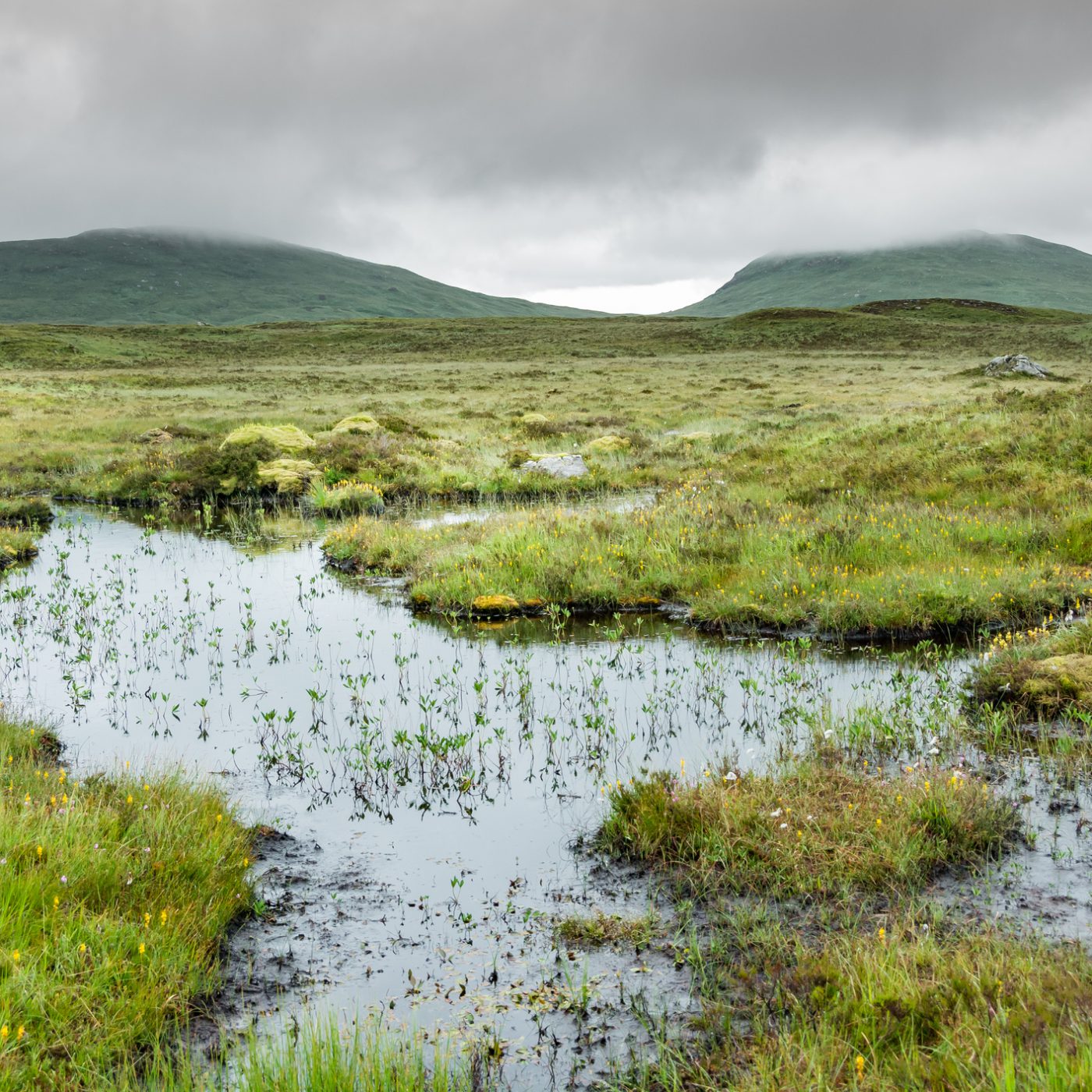 In this Voices.Earth podcast interview, we speak with Frankie Turk, Carolina Maienza, and Mari-Liis Kotsar of RE-PEAT.Earth, a youth-led collective working to protect the planet’s peatlands.

While most people understand the importance of the planet’s forests, and the need to preserve them in order to fight climate change, few are as aware about the significant role that peatlands play in helping to save the Earth.

Although peatlands, also known as bogs, mires, moors, and fen, make up only 3 percent of the world’s landmass, they have a huge impact on the global climate.

Because peatlands prevent plant matter from decomposing, which would normally convert the organic carbon in the plant matter to CO2, they are the largest terrestrial carbon store. In their natural state, peatlands store more than double the carbon of all the world’s forests combined, even though forests take up 10x as much landmass.

However, in the last couple of decades, vast amounts of peatlands across the globe have been drained, causing negative impacts on the environment. To save peatlands, RE-PEAT.Earth, an international youth-led organization, was created to spread awareness of their importance to the general public as well as to the European Union Assembly.

“We first bought a .com ending not knowing much about domain names and found out that .com is actually for businesses,” said Mari-Liis. “So we went back to buy the .org and it was already taken and we stumbled upon the .Earth, which we thought was actually much more fitting. ”

Following are highlights from our interview:

If you are on a mobile device, you can listen to this podcast interview below:

To learn more about RE-PEAT.Earth, please click here. In addition, if you are a youth-led organization aiming to preserve the Earth’s natural resources, and would like to use a .Earth domain name, please take advantage of our new .Earth domain 5th Anniversary pricing promotion here.