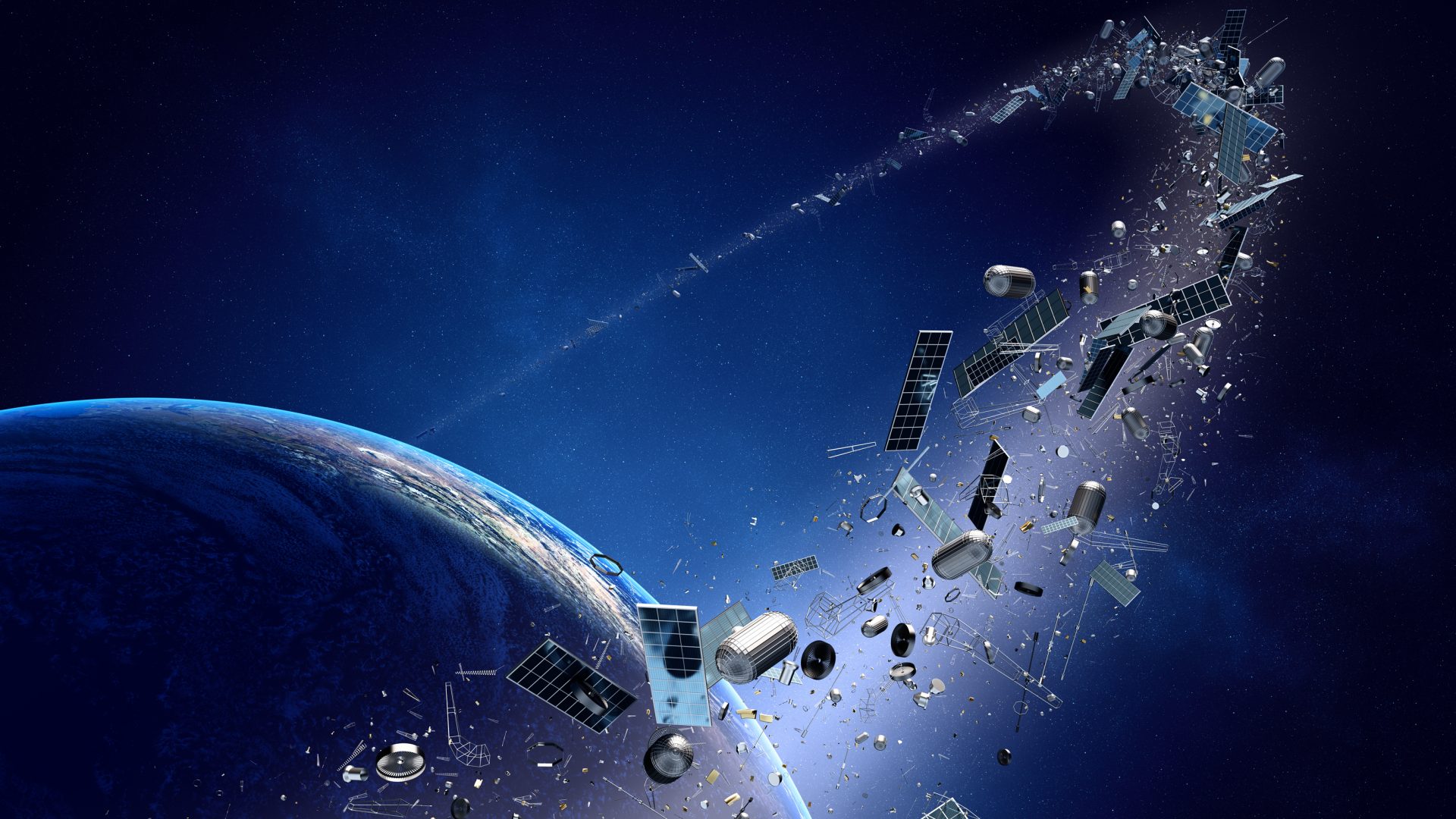 According to NASA, there are 27,000 pieces of orbital debris, or “space junk,” floating around the near-Earth space environment. The rising population of space junk increases the potential danger to all space vehicles in near orbit.

In fact, SpaceX has had to contend with space debris ‘squalls’ during its missions, and the 2013 movie “Gravity” put a spotlight on the dangers of space debris as well.

And now, climate change is actually making the space junk issue even worse. According to a recent study by the British Antarctic Survey, increased levels of carbon dioxide reduce the density of the upper atmosphere, which results in space debris staying in orbit for longer periods of time.

As the .Earth web domain tribe is large and highly-diversified, there are a number of our users that are focused on dealing with this issue.

For example, SecuringSpace.Earth is hosted by Kaspersky, and showcases how the company is investing in a solution called StartRocket, which aims to clean up space debris. The way it works is a small satellite will release foam to absorb space debris, which will then fall and burn up in our atmosphere.

Kaspersky has actually been a highly influential member of the .Earth web domain tribe. For example, its 2050.Earth website is all about the future of our planet as seen through the eyes of futurologists, scientists, and Internet users from all corners of the globe. Be sure to check out our podcast with Jeff Esposito, Global Head of Regional Social Media at Kaspersky, here.

In addition, Daedalus.Earth is the website that promotes a low-flying spacecraft for exploring the lower thermosphere, which is the “gateway” between the Earth’s atmosphere and space. The team behind this innovation has also presented at the 5th International Space Debris Re-Entry Workshop.

Of course, the .Earth tribe encompasses many other aspects around space travel and exploration. Here’s our definitive list of the top 11 space-related .Earth web domain users.

If your organization is developing solutions for tackling today’s space junk problem, which is now further exacerbated by climate change, the .Earth web domain can serve as the foundational platform for promoting your efforts.